The LITTLE LITHUANIA AR application presents currently non-existent buildings from the territory of Little Lithuania: a farmer’s farm from the former Pempen (now Pempiai in Lithuania) and a fisherman’s house from the former fishing village of Gilge (now Matrosovo in the Kaliningrad Oblast of the Russian Federation).

The application is free of charge and can be downloaded from the Google Play or App Store online stores. In order to take a virtual tour of the farm buildings of a farmer and a fisherman from Little Lithuania, after installing the application, scan the QR codes placed on the boards located at the excavated foundations of the farm facilities.

The Folk Architecture Museum – Ethnographic Park in Olsztynek respects the privacy rights of users of applications created by it and declares that it makes every effort not to collect any data except those necessary for the proper functioning of the application or those whose collection aims to increase the usability of the company’s products.

1. Any data that could in any way allow the identification of the User is not collected by the application or made available by the Service Provider to any third parties.
2. The Folk Architecture Museum – Ethnographic Park in Olsztynek informs that when using the application from the level of an Android device, only temporary data is saved on the client’s device.
3. The application for Android and iOS uses the following rights:

Camera Access – permission needed for functionalities that require taking a photo, for QR / barcode scanners and for AR (augmented reality) functionality. If you have any questions or concerns, we are happy to help. Contact us at sekretariat@muzeumolsztynek.com.pl

To run the Museum Application at home, you need to download QR codes. Scanning the QR code in the application switches it into AR mode displaying the appropriate objects.

1. All descriptions of the exhibits are also available in the form of a voice-over.
2. Alternative forms (text descriptions) of AR photos and multimedia can be found below.

Illustration: 3 Michael Kurchat’s homestead in Pempen (R. Dethlefsen, Bauernhäuser und Holzkirchen in Ospreußen, Berlin 1911, page 19).
Illustration presenting the homestead surrounded by a wooden fence. A stork nest in the tree in the background.

Illustration: 4 Layout of buildings in Michael Kurchat’s homestead in Pempen
(R. Dethlefsen, Bauernhäuser und Holzkirchen in Ospreußen, Berlin 1911, illustration 3).
Illustration of the layout of the buildings including a house, a hut, stables, barns, a cellar, a drying room, a well and a doghouse.

Illustration: 5 A section of Kurchat’s homestead in Pempen reconstructed in Ospreußisches
Heimatmuseum in Königsberg. phot. Pfeiderer, Zink, 1937, Institute of Art of the Polish Academy of Sciences, 216814. A black and white photograph of a section of the homestead with thatched-roofed buildings in rural landscape.

Illustration: 9 Copy of the stable from Kurchat’s homestead in Pempen. Photograph taken in 1947. Z. Drzewicki, Archive of the Museum of Warmia and Masuria A black and white photograph of a thatched-roofed house in rural landscape.

4.8 Layout of the house of a wealthy fisherman from Gilge (source: State Archive in Olsztyn)

4.9 A living room in the house of a fisherman living at the Curonian Bay (source: (R. Dethlefsen, Bauernhäuser und Holzkirchen in Ospreußen, Berlin 1911, page 32). A black and white photograph of the interior of a fisherman’s house with period furniture, two women sit at the table with a roll of white fabric.

The model presents a fisherman’s house with open porches on wooden hand-carved beams. The roof is thatched, the top of it adorned by a decorative element. We enter the house through the porch leading to a spacious hall. We see the open hearth with utensils for preparing and serving dishes. In the following chamber we see a dining room, a tiled stove built into the wall, an antique clock.

2. Cellar in the Pempen homestead.

The model presents the cellar located in the northern part of the homestead. The roof of the building is thatched, the top of it adorned by a decorative element. In the first room there are wooden barrels, in the following one – food supplies and hay.

3. Stable of the Pempen homestead.

The model presents a thatched-roofed stable with a decorative element on top. On one side we see a stack of wood and wooden wheelbarrows at the entrance. The roof overhangs served as a protection for small farm equipment. Inside we see a hay cart. In the brick part of the building there is a chamber for the sheep with the gate in the wall on the side of the yard. Next to it,
we see a chamber for the cattle and a pigsty. The driveway creates and seperates room for the stable. In the storage part under the roof we see hay.

4. Barn of the Pempen homestead.

The model presents a thatched-roofed barn. Over the entry gate, the roof overhang in the front part, slightly taller than the roof itself, allows the hay cart to enter the barn. Rooftops are adorned with decorative horse heads.

On the western side we see a narrow storage room for small equipment. In the driveway of the barn there is a threshing floor. On the eastern side there is an open room designed for storing carts
and farm equipment such as wheelbarrows, sleigh, barrels. 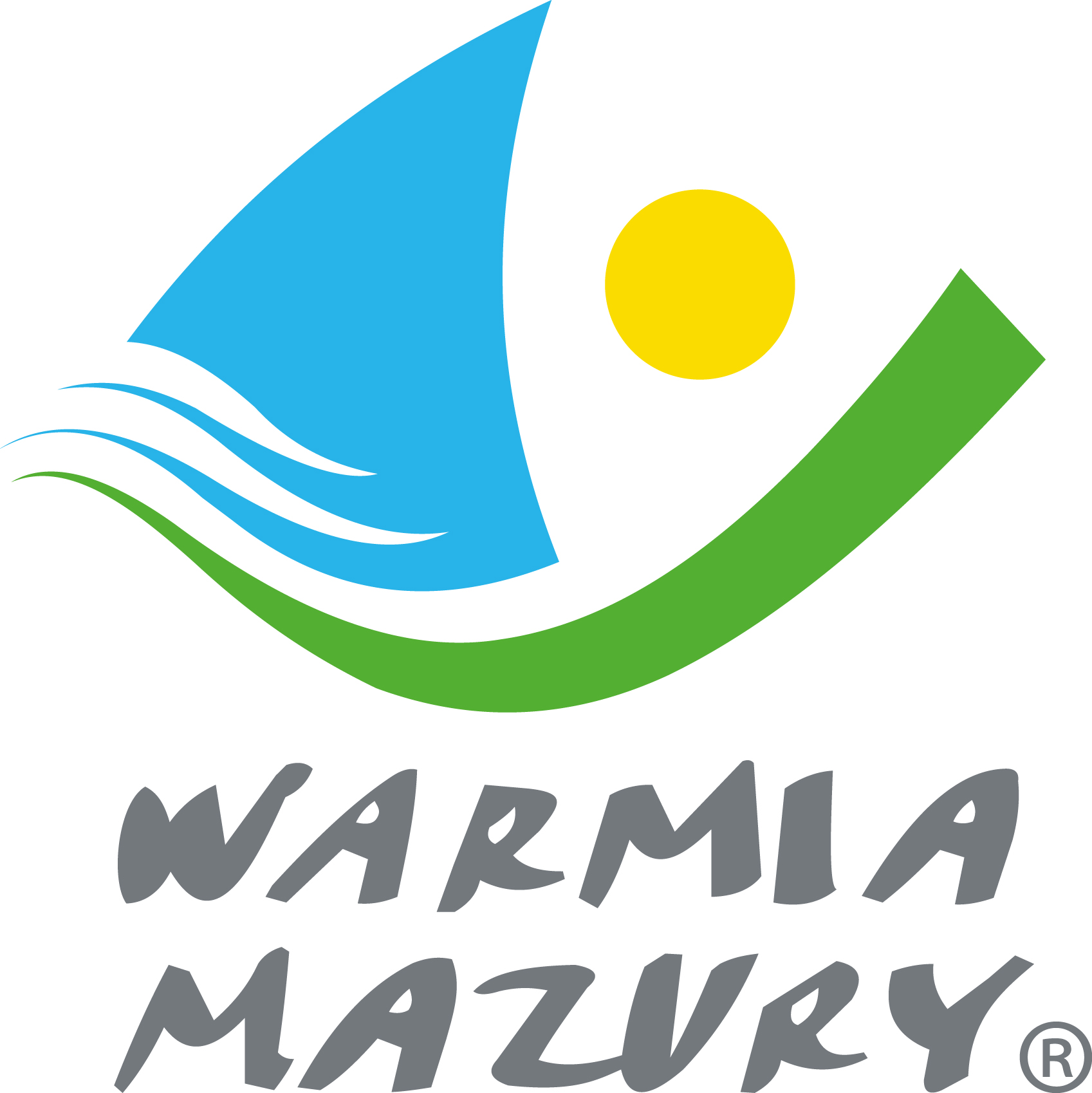